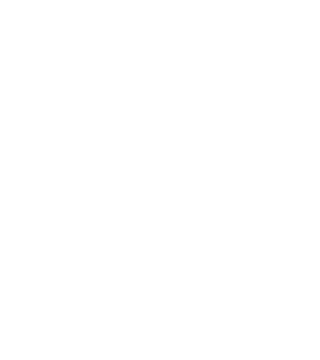 A former Chairman of the Equipment Leasing and Finance Association’s board of directors and executive committee, Warner serves on the Leeds School of Business Board of Alumni and Friends at the University of Colorado Boulder. Prior to joining Key, Warner held the roles of senior vice president of sales and marketing and chief operating officer at Mellon Leasing Corporation.

Peter K. Bullen was named executive vice president, Bank Channel and Clean Energy, for Key Equipment Finance in April 2019. In this role, he leads direct business and clean energy sectors. In 1996, he became vice president, area sales leader, for KeyCorp Leasing, followed by a promotion to regional sales director for the Great Lakes Region. He is a former board member and treasurer of the Chagrin Falls Educational Foundation. Prior to joining Key, Bullen was assistant vice president at Ameritrust Co.

Rian W. Emmett was named group head and managing director of the Specialty Finance Lending unit of Key Corporate Bank in 2002. He joined the company in 1998 as a senior transactor, Key Global Finance. He also holds Series 7 and 63 securities licenses. Prior to joining Key, Emmett was a senior transactor at Citicorp Securities and Citicorp Equipment Finance & Leasing.

Amy Gross was named executive vice president, Government and Commercial Vendor, for Key in April 2019. She oversees the municipal, federal and commercial vendor divisions, including alignment of the company’s government and commercial vendor capabilities to provide broader client offerings to manufacturers and distributors, as well as federal and municipal governments. Prior to joining Key in 2009, Gross worked for GE Capital. She is currently a member of the ELFA Financial Institutions Business Council and was recently honored by the Monitor as one of the top 50 women in equipment finance. Gross served as co-chair of KeyBank’s Diversity & Inclusion Council representing the commercial bank and is currently a member of KeyBank’s Women’s Network and mentor program.

Jennifer L. Martin was named vice president of leasing and vendor program support in 2019. Martin and her team manage Key Equipment Finance’s technology initiatives, including its digital transformation. She also manages the sales enablement and vendor program development teams, which partner with sales to maintain, evaluate and optimize strategic plans while supporting activities like demand generation. Her team also partners with operations to launch and maintain efficient, profitable vendor programs. Martin has been with Key Equipment Finance her entire 25-year career and has held many roles across the organization.

Matthew B. McKeon was named senior counsel in 2011. As a member of the leadership team, McKeon is actively involved in strategic planning and setting policy at the company. In his role as counsel, McKeon is a transactional and managing attorney for the direct sales, vendor and government groups. Since joining Key in 2000, McKeon has held positions of increasing responsibility. Prior to joining Key, he was in-house counsel at the Dormitory Authority of the State of New York and an associate in private practice with Whitman Breed Abbott & Morgan.

Krista Spada was named senior vice president of Originations, for Key Equipment Finance in March 2021. In this role, she oversees all aspects of onboarding new commercial business and government clients, including documentation, compliance and funding distribution. Her focus is on creating a quality service platform offering clients the best possible experience while maintaining Key’s risk position. Spada started her career at Key in 1992 and most recently led the company’s next-generation migration to a new onboarding system. In 2020, she received the Chairman’s Circle of Excellence Award for Innovation.